I want to use social media features: I hereby agree to the placing of cookies by social media networks. I am aware that these networks can follow me and can use my internet behavior for other purposes.

Dutch energy company Eneco has started construction on a new offshore wind farm: Luchterduinen. The site is located 23 kilometres off the coast betweenNoordwijk and Zandvoort, and will comprise 43 wind turbines. Following completion in 2015, the wind farm will generate enough green power for some150,000 households. The power generated will be transported to shore by a 150kV cable buried under the seabed. The onshore portion of the cable route runs for over 8 kilometres from the beach in Noordwijk to the TenneT transformer substation in Sassenheim, where the electricity will be fed into the nationalpower grid.

Most of the onshore cable route (80%) was directionally drilled at a depth of 20-25 metres. Visser & Smit Hanab was hired by Joulz, an Eneco subsidiary, to perform the drilling operations. These entailed a total of nine drillings, with four sections of PE conduit pulled into each to house the 150kV onshore cables that will be installed later.

The drilling operations were performed using four 27-tonne, three 100-tonne and two 250-tonne rigs. Our new 27-tonne rig set a record at the end of last year when it successfully completed a 485-metre-long drilling. Special care was taken during the Noordwijk drillings with regard to the environment. Part of this involved installing special insulation around the construction site to minimise the disturbance for the surroundings.

One of the final drillings was over a kilometre long, going under the dunes to the beach. This was performed with the 250-tonne rig.

In addition to the various drilling operations, Visser & Smit Hanab is responsible for pulling the cables through the PE conduits (in the first quarter of 2014) and connecting the onshore and offshore cables at landfall (September 2014). 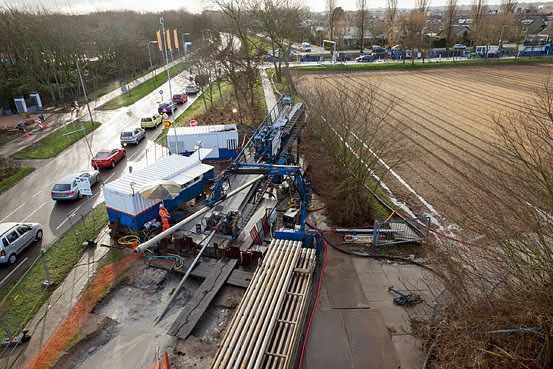 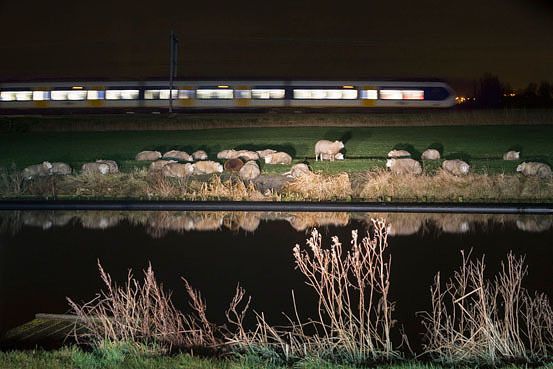 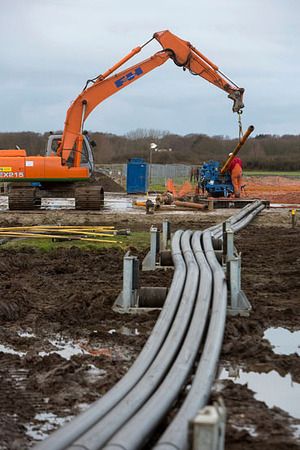 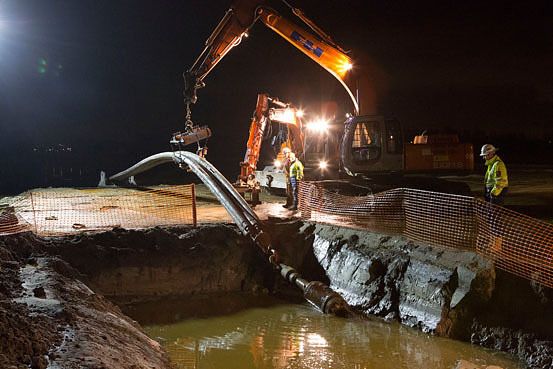